On June 5, 2018, equipped with a pair of bifins, wetsuit, goggles and snorkel, the 50-year-old Frenchman Ben Lecomte tries to cross the entire Pacific Ocean in a finswimming tour of more of 9,000 kilometers that will take you from 6 to 8 months. At the date of the original publication of this article on our website (July 8, 2018) the finswimmer is already on his 38th day of crossing.

A French swimmer has set off from Japan aiming to become the first person to swim across the Pacific Ocean.

Ben Lecomte, 51, will swim for eight hours a day for more than six months as he heads towards the US west coast.

He is hoping to raise awareness for climate change, and a team of scientists will conduct research during the 5,500 mile (9,000 km) swim.

They will study plastic debris, the effect of extreme exercise on the heart and examine how the Fukushima nuclear disaster has affected the ocean.

Mr Lecomte, who lives in the US, has been preparing with hours of open water swimming every day. He has also practised “visualisation and dissociation” exercises to ensure he is mentally ready.

“The mental part is much more important than the physical,” he told AFP news agency. “You have to make sure you always think about something positive.”

“When you don’t have anything to occupy your mind it goes into kind of a spiral, and that’s when trouble starts,” he says.

Preparations for the trip have taken more than six years, but Mr Lecomte has been targeting the challenge for much longer.

In 1998, he made the first known solo trans-Atlantic swim covering 6,400km (4,000 miles) in 73 days. When he finally reached dry land in France, his first words were “never again”, but he was soon looking for a new challenge. 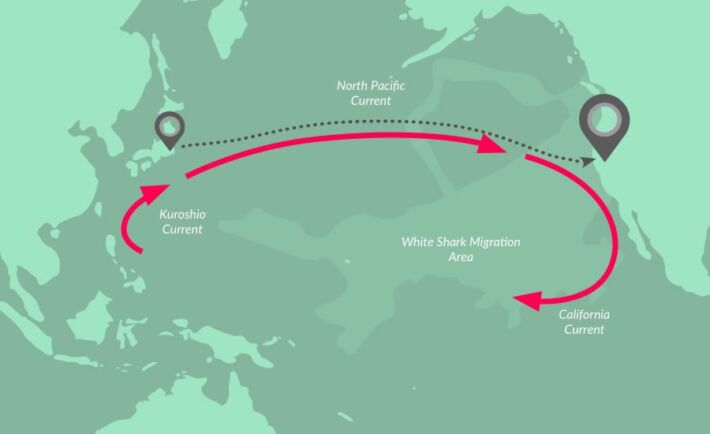 “It didn’t take that long for me to change my mind,” he told NPR. “Three, four months afterwards I was already thinking about my next adventure and doing something kind of the same.”

Mr Lecomte’s daily routine will remain virtually the same for the entire trip. He will swim for eight hours, jump onboard the support boat to eat and sleep, and then enter the water again.

To keep his energy levels high, he is aiming to consume 8,000 calories a day.

“I have a strict no sugar diet. Most of my calories will come from a high-fat diet and include a lot of freeze-dry full meals, rice, pasta and various soups,” he posted during a Reddit interview earlier this month.

The support boat will be fitted with a GPS tracker and interested viewers will be able to track its progress on Mr Lecomte’s website.

With info from BBC 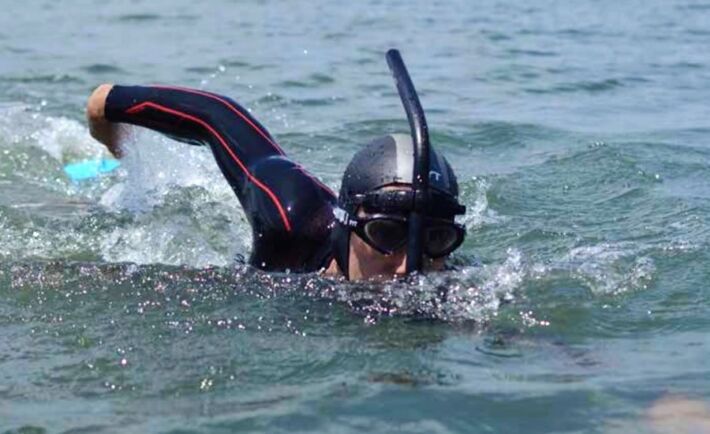