As you probably already know, CMAS decided to cancel the European Finswimming Championships 2020, only one month before the scheduled dates in Lignano Sabbiadoro (Italy). As we know, standing to what Mr. Matteoli and Allegrini said, things went like this:

Mr Matteoli says that next year, the Junior Finswimming World Championships will be taken in April, in Lignano Sabbiadoro. 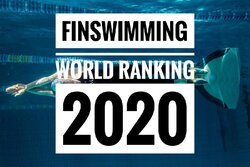