One of the main aspirations of all athletes who reach the high competitive level is to participate in the Olympic Games, the maximum sport event in the world that, every 4 years, brings together the best exponents of each of their sports.

In the last 20 years there have been many rumors, advances and trials for Underwater Activities, specifically in the form of Finswimming, to join the program of the Olympic Games, first as an exhibition sport, and then as an official sport; however the road is still long and at least for Tokyo 2020, the underwater sport won’t be present.

The CMAS promotes Apnea for the Olympic Games

However, in the last year (2017-2018) this trend has started to change and now it is the name of Freediving, the modality that the World Confederation of Underwater Activities (CMAS), an organization officially recognized by the Olympic Committee International (CIO), is promoting with greater interest to make its inclusion in the program of the Olympic Games in Paris 2024.

An interesting article written in recent days by Davrell Tien (chronicler linked mainly to Underwater Rugby, but with a broad vision of all underwater sports and what is CMAS as a world organization) entitled: “CMAS sees apnea as the best way to to reach the Olympic Games” exposes several points in which the president of this organization, the Russian Anna Arzhanova believes that Paris (France), the host city of the Olympic Games in 2024, could be more feasible to include it as a sport, more than Finswimming. 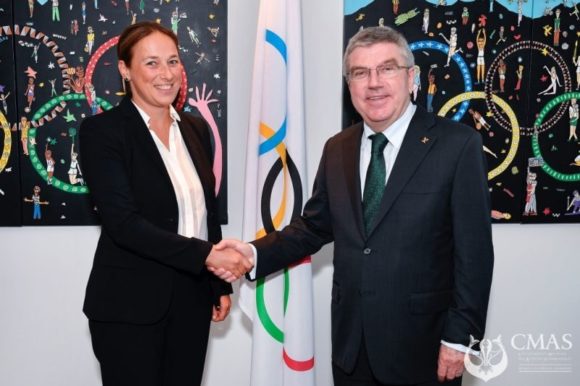 The President of the International Olympic Committee, Thomas Bach, received Anna Arzhanova, President of the World Confederation of Underwater Activities (CMAS) at the IOC headquarters in Lausanne on July 14, 2017. / Photo: CMAS

One of the reasons to think about the return of apnea to the Olympic Games in Paris 2024 is that: Underwater Sport was at the Olympic Games in Paris in 1900 where an event was held called “Underwater Swimming” where, within a maximum distance of 60 meters, competitors received 2 points for each meter under water and 1 point for every second they were submerged, being the winner in points by a combination of distance and time.

The long journey of Finswimming for the Olympic Cycle

Finswimming is in the World Games program since 1981, realized every 4 years. But there are other events that host Finswimming:

However, one of the main limitations that Finswimming could have on their way to the Olympic Games, is because of its similarity in name, modality and distances with conventional Swimming, governed by the International Swimming Federation (FINA), with a great weight in the world and Olympic sport its main obstacle. 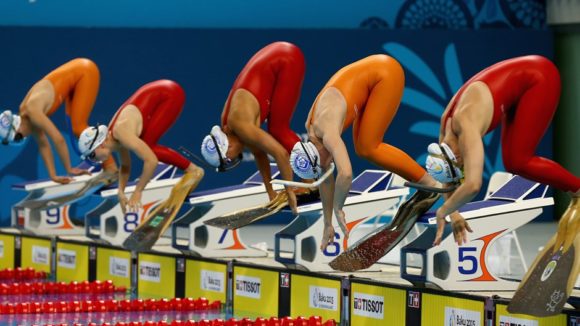 And what about Underwater Hockey and Underwater Rugby on the Olympic Games?

When we think about Underwater Hockey or Underwater Rugby, which have an increasing presence on five continents and add new countries and practitioners every year more, the picture looks a little farther. The fact that group sports, (teams of 12 to 15 players) winning a single medal by gender in Olympic Games, has a high implication in the organizational costs and for each one of the countries . Yes of course there are other sports, as football, basketball or volleyball that has these kind of problems, but they drag a large number of audiences to each stage and through television broadcasts, which generates significant revenues in ticket sales, television rights and advertising to the IOC and the Organizing Committees of the Games.

However, although these sports are already in the five continents, it is necessary to add more countries in each zone to be truly massive sports and with real possibilities to be taken into account in the Olympic way. 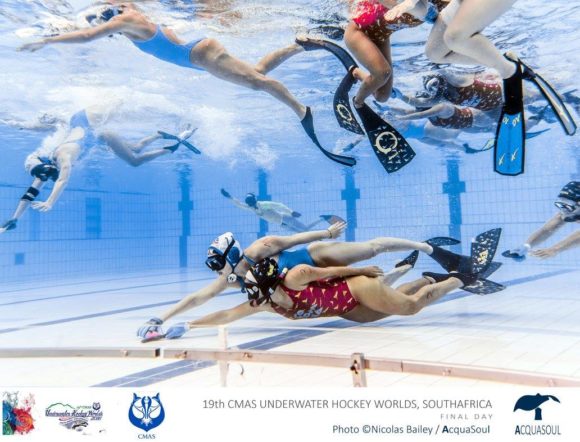 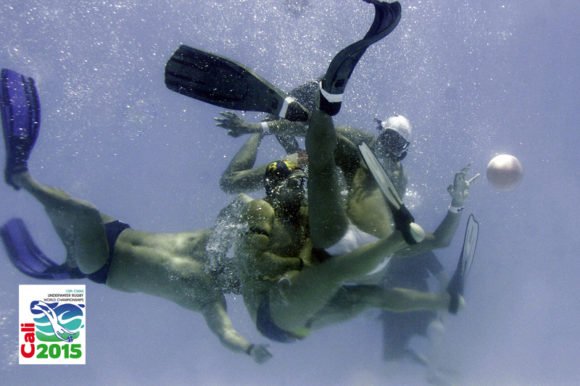 The 10th CMAS Underwater Rugby World Championship was held in Cali, Colombia in July and August 2015

Apnea, Finswimming or a mixture of both?

In the opinion of the author: Miguel Cedeño (who has been an athlete, coach and leader in several underwater sports and director of the organization Sportsub.org and the portal Sportalsub.net) CMAS is betting on Apnea, but perhaps not in its traditional modalities: such as static or dynamic in swimming pool, or in depth or sea trials, but has created new Apnea tests: Speed (100 meters underwater) or Endurance (8 × 50 and 16 × 50 meters where the objective is not to achieve the greatest distance, but to make it in apnea in the shortest time).

This could be an “hybrid” test between Finswimming competitions and Apnea. 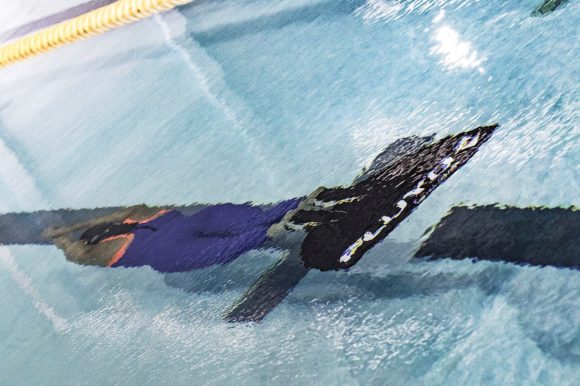 However, there are many factors to take into account, since before its arrival at the Olympic Games, a sport must be practiced massively throughout the world, in addition been included in the World Games and continental Olympic Games, a path that Finswimming already did, but not yet apnea.

It could be important not to see singular sports such as Finswimming, or Apnea, or Underwater Hockey, but a collection of them called Underwater Activities. You can think about how Sport of Athletics is: Road Running, Jumps, Racewalking, and more….

CMAS continues advancing in its interest to reach the Olympic Games, with the aim of entering with at least one sport, which could open the way to the others, however, until now, the Finswimming is still the only one officially recognized as a sport by the IOC and included in the World Games, so we can ask ourselves and ask the community:

Is CMAS on the right track with trying to get to Apnea to the Olympic Games? … we will see it with time.