Fight until the last breath!

Maximum competition of the second day at the 20th CMAS World Championship Finswimming for seniors in Belgrade.

Competitors from 40 countries of the world again made a big spectacle in the swimming pool “Milan Gale Muskatirovic”. A very high level of competition among all swimmers has created new champions. The start of the final part of the competition was marked by attractive races of 100 meters IM. In the women’s competition there was a special and unusual moment. Competitors from China Pei Yao Xin and Yaqi Lin swam at the same time and both won the gold medal. The bronze was attended by representatives of Russia Lidia Stadnik.

“We are so happy, two gold medals at one race! We are very proud and we sincerely expect one of us to win the gold. It is unusual to see two winners, but we worked  hard for Championships in Belgrade. In the end, we both succeeded, “said Pei Yao Xin.

In the men’s 100m diving competition, Korea won two medals (gold and silver), won by Kwanho Lee and Taekyun Kim, while bronze medal went to their neighbor from China Zhen Bo Tong. A big smile on the faces of the Koreans said everything, described their happiness and the satisfaction of the success they had achieved.

“I was the favorite in this race and I justified that role, the gold shining on my chest, the gold goes to Korea!  I would praise the hosts for the organization, as well as their hospitality. Belgrade is a wonderful city and the Serbs are great people. I will be back home full of wonderful impressions, unforgettable moments and happy for winning the gold medal, “said Lee.

Especially interesting were races of 1500 m SF. In women’s competition, Terhi Ikonen from Finland won the gold medal. She is the oldest and most experienced competitor in this discipline. Silver went into the hands of Ukrainian Yevheniia Olieinikova, while the bronze was won by German Elena Poschart. In the men’s competition, gold medalist was Oleksandar Odynokov from Ukraine, silver went Hungarian Adam Bukor, while the bronze took by Alexey Shafigulin.

“After three years gold is again on my chest in this’ discipline. Three years ago I won a world gold medal and then I tried again, but did not manage. I worked hard, trained and now, here in Belgrade, I came to a new gold and I am very happy, “- said Ukrainian Odynokov.

The most exciting race of the day was swimming with fins in the 200 meters SF in the men’s competition. New world champion became the Russian Dimitrii Zhurman who swam to a gold medal just two hundredths of a Belarus Aliaksandr Biazmena. What makes this race the most exciting in the first two days of the championship is the fact that the bronze Juan Fernando Ocampo Lozada (champion in this discipline 2016) from Colombia left without silver  with only two seconds behind Biazmen.

“After three years, gold is again on my chest in this discipline. Three years ago, I won the gold and after that I tried again, but it did not work. I worked hard, trained every day and here in Belgrade, I made my dreams  come true again “- said Ukrainian Odyonkov. 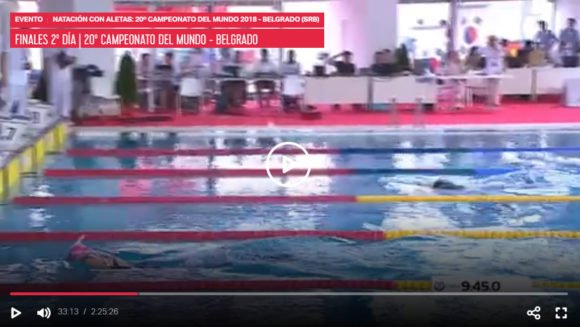 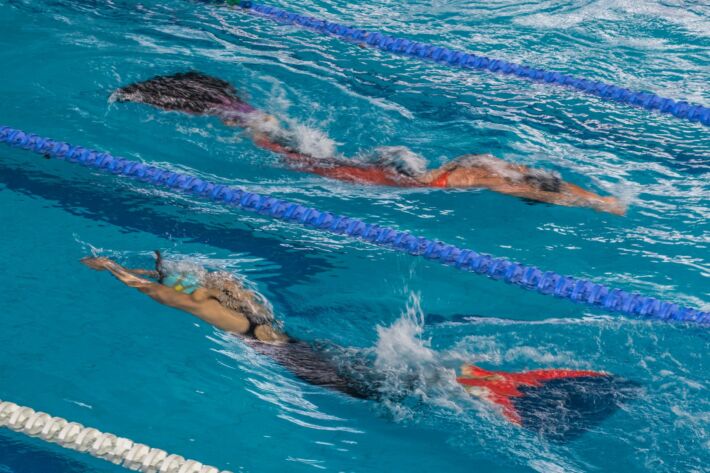