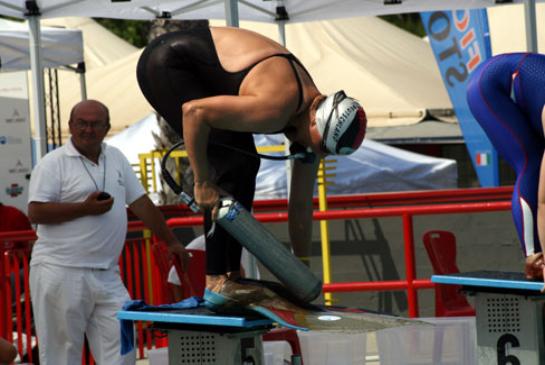 Underwater Finswimming races have no secrets for her, she was European Champion in 1999 and 2003. Now she is Phisioterapist and a Mum! She is from Germany in the city of Leipzig (wher there is the SC DHfK Leipzig, that is team of a lot of Deutsch Champions). Now she left Finswimming because of her daughter….